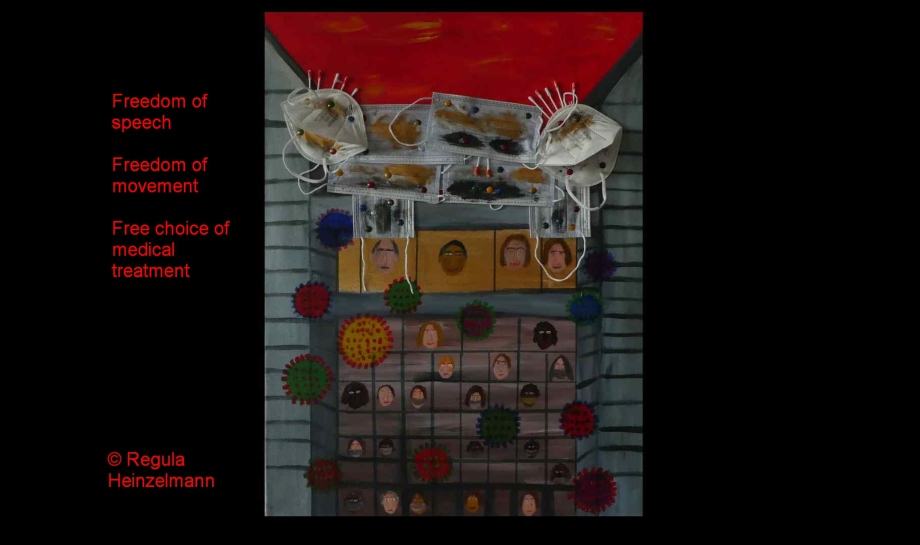 The new fascism did not come because of Corona. Conversely, many exaggerated, unlawful and discriminatory measures are the result of a creeping development that started at the end of the last century - today this is galloping.

The book "Generation Beleidigt" (Generation insulted) comes from the left-feminist author Caroline Fourest. Interesting is the analysis of the universities, which have been overestimated for decades. Today young people are educated to mimosas and professors are submissive figures. How should this youth cope with real challenges? It's just a disadvantage that the author accuses the bourgeois opposition of unfair motives and compares them to the people she rightly criticizes.

Mainstream media try to restrict freedom of expression, e.g. by restricting reach, even by deleting articles on international platforms.  has surely earned billions with Trump and his fans. This is dangerous. Some thinkers were often right who dared to oppose a dictatorship or mainstream meanings. Examples: Galileo Galilei, Marie Curie, Ignaz Philipp Semmelweis, Martin Luther, Martin Luther King, etc. There's never been a private company censoring a head of state in history, how they dared to do it with Donald Trump. Surely they made billions of dollars with him and his fans. That Trump founded a competition was right.

Some politicians hold freedom in front of your peoples like a bundle of hay to a donkey. Who obeys, gets no freedom, but further restrictions. Whoever allows himself to be blackmailed once is blackmailed again and again. My critical letter to politicians who want to force their peoples to vaccine.

The state cannot apply a (unconstitutional) law sanctioned by a high court "without directly violating the constitution again through every act of application." Max Imboden 1915 to 1969, Swiss Professor of Constitutional Law and National Councilor. Even the great historical opponents of American constitutional jurisdiction could not ignore this insight.” Conclusion: This applies worldwide.

Restriction of the fundamental rights according to salami tactics works as long as the population puts up with. So we have inform wherever possible.

In televised discussions, insistently demand that you get as much undisturbed speaking time as others. If we are insulted in public discussions, stop immediately.

For our opponents, everything we do and say is wrong anyway, so we could say what we wish - we have arguments. We don't always have to peek at the mainstream when one of us provokes. We demand freedom of expression vis-à-vis others, so this must consistently also exist within the opposition.

During the #Apartheid in the USA, blacks sat down in the bars for whites, which was called sit-in. So the unvaccinated can also sit in bars or shops to which the 2G rule applies. A corona test is recommended beforehand. There you can try to convince the management and the staff that basic rights such as the prohibition of discrimination. According to European tradition they also apply to companies. Legal guidance could be offered, how they can defend themselves against the restrictions.

The middle class is the mainstay of the economy. But he is being pressured, today by Corona measures and climate harassment. In Ayn Rand's novel "Atlas shrugged" strike the entrepreneurs and other business people and top performers. Ayn Rand wrote the book in the 1950s, but it is very current today. Like FFF, we could organize a weekday for the middle class. The representatives of the middle class should demonstrate on the street and show that their performance is important.

I wrote the following text before Corona existed.