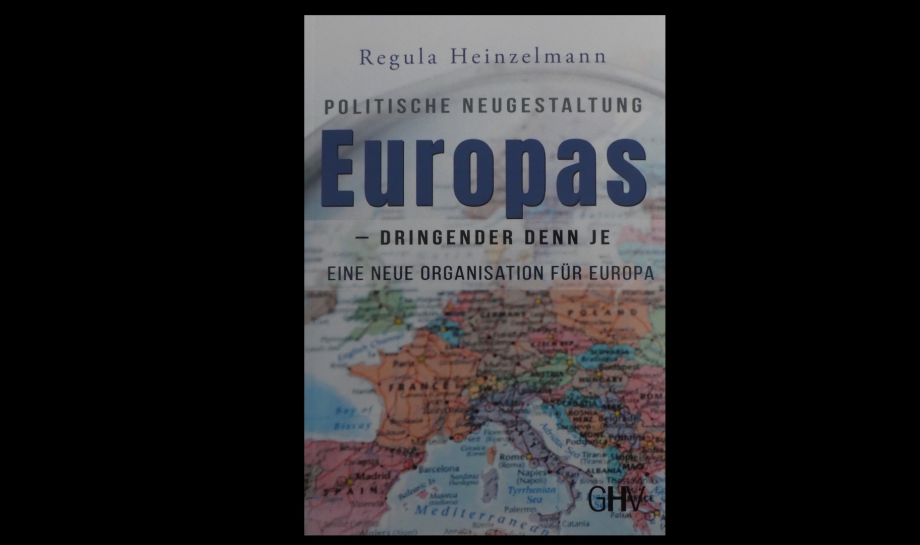 A new organisation for Europe

With power for peace and prosperity

Some peoples would like to exit of the EU. The reformation of the EU would be to complicated and to expensive. But it is not profitable, the every state works alone. Europe needs a completely new organisation of independent states, which acts in accordance with the peoples. It may be similar to the old European Economic Community EEC, which had created prosperity and peace in the sixties!

The new organisation should have some more competences as the old EEC. The participated states should have the same important laws about civil and economic rights, and the law about internet and data protection. Instead of the EURO, Europe needs smaller monetary units of countries which are economically compatible for it. Important would be a common control of the immigration an a military collaboration. And last but not least, we needs a supervisory board who hat the right to defend the justice in all instances of the participated states. The head of this institution may be the queen or the king. The royals should get political competences again. The royalty is an element of stability and for the people.

Thirty years ago I have written a concept for Europe. To this time I thought that Europe may be a united state from Gibraltar to the border of USSR. It was an utopia. The wall will stay hundred years, I heard from the educators. Some qualified persons had read the manuscript and supported my ideas. Know I see, that the peoples in Europe are to different for a centralist state. I propose a federation of the states, they are no more or not member of the EU, with the name: Europe works together (EWT).

This propose for the EWT is my personal idea. This blog is independent of parties or some other organisations.

Principles and intentions of EWT

The intention of the organisation, I propose the name “Europe works together” (EWT) is to create prosperity and peace for the states and their peoples.

The states guards their autonomy.

Conditions of the membership are:

The member states of EWT exercises the principles of the justice, equal rights for everyone and the human rights.

Every person in the EWT is free to believe or not believe, what he or she likes, but nobody has the right to force other persons, even his own family, to have the same religion.

The members of EWT separate strictly political organs and economy and disestablish the lobbying. The politic must be independent of the interest of the corporations and the capital.

The member-states of EWT concluded no contracts like TTIP, CETA and TISA. They give up the EURO. The member-states can founding new communities of currency, if the economic situation in the states is compatible.

The member-states of EWT can limit the immigration.

The armies and the policy of the member-states of EWT works together to guarantee the safety of their states and their peoples and the strangers, who lives rightfully in the EWT-states. Criminals can not reclaim asylum (Geneva convention Article 33).

Every state of the EWT has the three classic authorities: Executive, legislative and justice.

In the legislative the member-states should be represented proportionally to the level of the population.

In the executive and the justice the member-states should be represented by the same number of elected persons.

The EWT legislative can make laws for all states of EWT, for example civil, economic and ecological rights and laws about internet and data protection.

The members of the EWT-legislative should be elected by the citizens of the member-states. They can represent parties, but they can also bee free candidates.

The citizens of the EWT-states can organise referendums about the EWT-laws. For that they have to collect a decided number of signatures. It should be possible to perform the collection in the internet.

The laws of the EWT and the EWT-contract have priority of the laws in the EWT-states.

An EWT-court can control the judgements of the highest courts of the EWT-states.

The EWT-judges are elected by the citizens of the EWT-states.

On the top of the EWT stands the president.

He should be elected by the citizens of the member-states.

If a member of the authorities don´t perform his obligations, violate the law or the constitution or interact a referendum, then the citizens can demand his dismission with a plebiscite.  For that they have to collect a decided number of signatures. This right to demand a dismissal should have also a decided number of  members of the authorities for a member of an other authority. The position gets an other member of the party of the dismissed person with the most votes or the free candidate with the most votes.

Albert Willen was painter and sculptor. He lived in Berlin and Zürich.