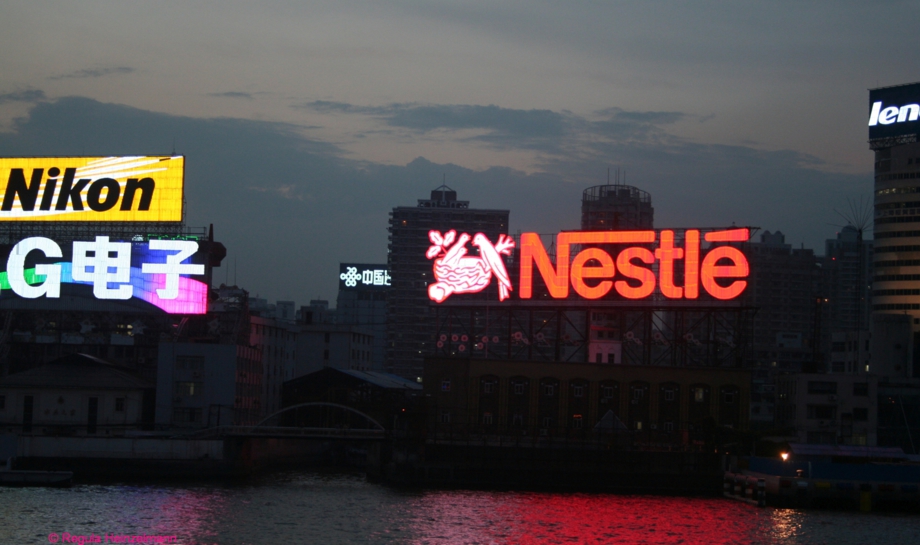 Information about the EU - China Comprehensive Agreement on Investment (CAI) you find here:

It is to be hoped that neither Europe nor the US will support the Chinese dictatorship by joining the following agreement.

The criticism of Europe that I have been formulating and publishing for decades is now being confirmed in the worst possible way!

If you just look at the political disaster that the Europeans have caused by their inaction, by not reacting to the abolition of democracy in Hong Kong, it is bad enough. But if you look at the human tragedies (families being torn apart by the imprisonment of the fighters for democracy), Europe is massively violating not only its own values but also the Convention on Human Rights.

WHY does Europe do nothing against this "seizure of power" by Xi Jinping?

1. because we have elected incompetent politicians to power in Brussels!

2. because we elected corrupt politicians to power in Brussels!

3. because we elected greedy politicians addicted to turbo-capitalism.

How is it possible that a community of 27 members with about 500 million inhabitants is not able to stand up against a dictatorship with "only" 1.4 billion people?

3. employ 50 new customs officers at the customs offices (e.g. Duisburg, Hamburg), who will rigorously open all containers from China and immediately send back to China at the expense of the suppliers the goods with patent infringements and goods not produced according to EU standards, wrongly declared, poisonous (children's toys) and not working (brand new - face masks)!

4. entry barriers for all mandate holders from the dictatorship REDCHINA

5. restrict trade with China (for example G5 network) to the minimum necessary. How stupid we Europeans are: We order in China - China has production in Africa, the conditions in these companies need no description, and China pockets the trade margins!

6. Africa, right in front of our door, was conquered by the Chinese as colonial area 2.0 with all the terrible consequences - Europe watched inactively! This must change radically!

7. the consumer has it in his hands: boycott Alibaba (biggest amazon competitor)!

By the way, all these measures would be cheaper for us, like the hundreds of thousands of expected refugees from Hong Kong!

Question to our politicians (post-war generation) in BERLIN - would you also have reached out your hand to the dictator Hitler, invited him to Berlin and made a 2nd Munich Agreement with him? What do these "Merkels, Habecks" actually accuse my parents' generation of when they themselves give a jinping complete freedom of action in his dictatorial endeavours?

The Green/Left are happy about every refugee, but they have forgotten for decades that every refugee is torn out of his culture, his family and his homeland (foreign word for Green/Left)!

Why, I have been asking myself for years, do our politicians court a man who is so highly dangerous for our future? Are they so incapable of noticing (noticing) this or does their political activity only take place within the points 3. and 4.

A N D for me one of the most explosive questions of today's Jinping present and future, what will today's so-called democracies actually do when China attacks Taiwan, just as Jinping threatened to do in January 2020 without much opposition in public.

Hongkong 2006: When I was in China in 2006 there was hope that China would become free, unfortunately the opposite is happening now.

China's regime has been supported for years by western "managers" who have sold their innovations and companies to China out of greed for money. Now the Chinese are speculating that the corona crisis will force entrepreneurs to sell. Anyone who is serious about freedom demands that this be stopped.