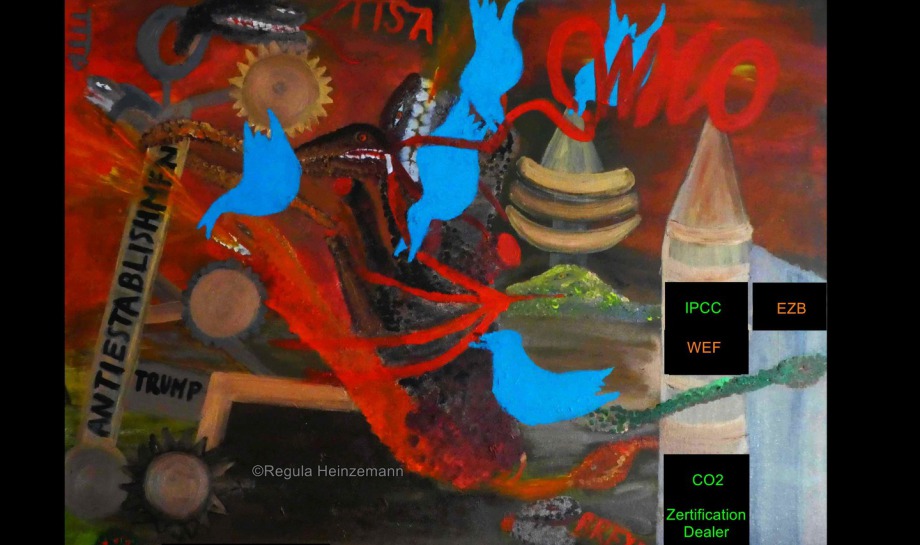 Although it was to be expected since the beginning of Joe Biden's term in office, it was astonishing that it took so long to drag the TTIP agreement, which Trump stopped, out of the moth box again.

This proposal comes in Germany from the side of the FDP. Business associations would approve renegotiations.

These agreements surpass many conspiracy theories.

Consequences of the planned TTIP agreements amount to corporate domination over peoples and states, also to the detriment of the middle class, which has been under pressure for years.

Trump informed about TTIP in his speech on the establishment in 2016 an he has stopped it.

During the illegal action at the Capitol, President Trump made several calls on Twitter to keep peace and respect law and order. This attack was unfair, not least against the many peaceful demonstrators who rightly demonstrated against poorly organized and possibly falsified elections. The #Establishment that President Trump is fighting has been trying for four years to bring him and his fans down.

Establishment is originally a term from the 1968 movement. At that time, it was meant by the majority bourgeois governments and the bourgeoisie in general.

Today, the word means the opposite, and the protest against the establishment comes from the middle class. President Trump used the term „establihment“ in his election speech, in that sense I need the term.

The highly dangerous TISA and TTIP agreements have been stopped by President Trump, as he announced in his speech. This was one of his first acts in office. These agreements, especially TISA, would have considerably increased the power of corporations over states and peoples. There were millions of petitions and large demonstrations against it in the EU, but they did nothing. And the parliamentarians had to read the TTIP documents in the dark. In my native Switzerland there was information on official pages. I wrote about it for business newspapers neutral. Personally, I rejected the agreements, and I came to the same conclusions as President Trump.

I mean, that the stopp oft such agreements is one of the main reasons for bullying against Trump. +

this remains hidden, they need other pretexts.

The establishment in the EU

The establishment, of course, also includes many EU politicians who now want to maintain their power by using highly questionable methods by borrowing money for so-called reconstruction programmes.

Who benefits from this: the banks!

They speculate on the taxpayers' money of the nations involved.

"No power to the banks," was a parole of 1968, and it wasn't just the left that agreed. Unfortunately, this could not be enforced.

To not create a dangerous power vacuum, we should found a NEW EUROPEAN ORGANIZATION, in which the PEOPLES decide WHO governs them und HOW. My European Concept:

The EU has never been Europe. Corona shows the inability of EU, which has driven Europe to bankruptcy long ago.

We need a new concept for European cooperation. According to my concept, high sovereignty and referendums would be guaranteed.