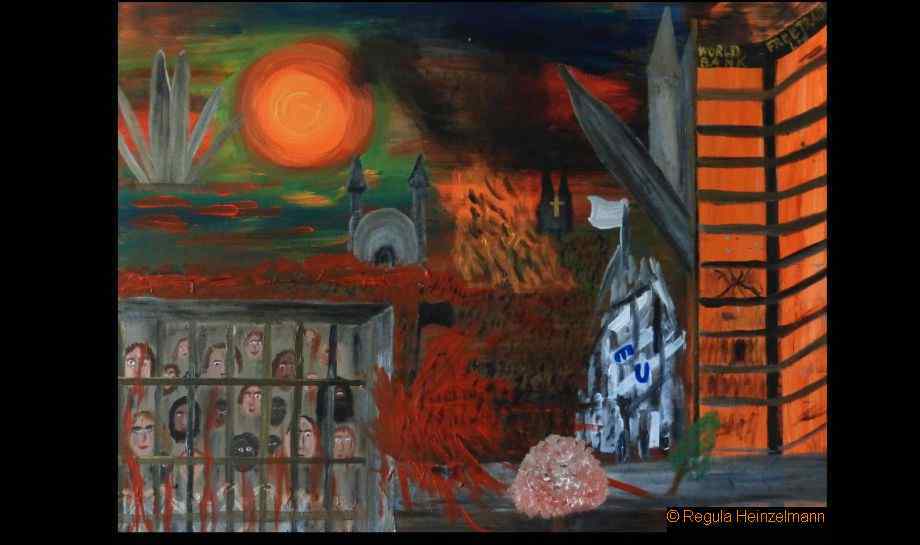 This shows once again - history repeats itself - how much one can rely on the word of the democratic countries (USA, EUROPE), poor Afghanistan!

II noticed the Vietnam War in terms of media (television / newspapers) from the beginning and I predict one thing:

Afghanistan is going to die!

I feel sorry for the many humans, especially the girls and women, who are no longer going to school in 2 years at the latest, are no longer allowed to sing from 14, etc.!

I feel sorry for the many Afghans /humans - Afghans are humans too! - who are likely to be murdered by the Taliban!

Who, so I ask myself, who is to blame for each of these many dead?

Germany has been deployed civilly and militarily in Afghanistan since 2001: it costs around 1 billion per year for soldiers; Development / development aid approx. 400 million / year!

How much does it cost us per year when thousands of Afghans who have to fear for their lives to flee to us in Germany?

Just one day after the Taliban-US agreement was signed, there was a dispute over the measures it contained. The Afghan President Ashraf Ghani said on Sunday (1. March 2021) told journalists that the release of 5,000 Taliban prisoners mentioned in the agreement before the start of the intra-Afghan talks was not an obligation. It could be part of the dialogue process, but not a condition for its start.

I belong to the generation who witnessed the first "media war" in history (television / radio / newspapers) and I had suggested the following to the Americans at the time:

1. Equip an underground army (without sovereign standards, without uniforms - see Putin 2004 Crimea / Ukraine) according to the same pattern as the North Vietnamese - Ho Chi Minh Trail.

The communist people's army and thus also China and Russia were in no way bothered by the neutrality of Laos + Cambodia! They smuggled weapons, material and soldiers into the Mekong Delta in violation of international law.

The Americans did not dare to advance into neutral Laos and Cambodia together with the regular South Vietnamese Army (ARVN).

2. Smuggled these troops, just as the Viet Cong did into the Mekong Delta,

to North Vietnam and fight the communist regime supported by Russia and China on land and of course prevent the supply of weapons from China on North Vietnamese territory !!

3. Immediately stop the terrible bombing, which did not bring anything in World War II.

Even today you can feel / see the consequences of this war crime - Napalm / Agent Orange!

What was done instead? Napalm bombs and the defoliant "Agent Orange" were tried in vain to block the Ho Chi Minh Trail.

In 1973 the then Secretary of State of the United States, Henry Kissinger, began secret negotiations in Hanoi (capital - North Vietnam). By the way, one reason for this was

that the American citizens were no longer behind this Vietnam mission and that the media and the left-wing students all over the world of course also demonstrated with unbelievable violence and destruction against the Americans - interestingly not against North Vietnam!

In short, it all happened very quickly.

The USA left South Vietnam in a kind of escape - to be taken literally - because the North Vietnamese didn't give a damn about the peace agreements!

The Vietnam War is the first war decided by the media. After the "peace" between North and South Vietnam, 1.4 million people died in Cambodia alone.

And for this "escape contract" Henry Kissinger and Le Duc Tho already in the same year (1975) got the Nobel peace prize!

It was especially embarrassing that Henry Kissinger accepted this, itself Le Duc Tho, however, denied because he exactly knew that this was no peace treaty between Northern Vietnam and the USA, but only one security of the escape of the USA from Vietnam!

Also at that time, just as it will be today the Yanks left for hundreds of millions dollars of weapons in this Asian country!